Nakaoyama is a quiet town in Hasami, Japan, that is brimming with history. This historic Japanese pottery town sits between the mountains and seems to be looking down at the unchanged landscape below. Nakaoyama was the leading area for production of everyday pottery in Japan and is still creating porcelain to this day.

At first glance, Nakaoyama might seem like a small town in the countryside, but with further inspection, you will be able to find the deep impact that this place has had on Japan.

Over 400 years ago, during the Edo Period, Nakaoyama grew from a quiet, and relatively unknown town, to the forerunners in the mass production of Japanese pottery. Nakaoyama quickly started to create and sell pottery to not only Japan but many foreign countries as well.

At first, much of the pottery made here would be sent to Imari. Since Imari already had an established port, Hasami goods were transported from here to the rest of the world. But what was most important about the pottery from Nakaoyama is that it was cheaper compared to other types of pottery being made at this time.

The lower price of Hasami pottery was mainly due to the way in which it was produced. The way they did this was by using what is known as a climbing kiln.

The climbing kiln is a type of kiln that was used in Nakaoyama hundreds of years ago. The kiln appears to be “climbing” up the mountain. The large scale of this kiln allowed the townspeople to create pottery at an unprecedented pace. All of this was done while keeping with the standards and quality that their customers expected from them.

Now, the area has been restored, and at the top of the climbing kiln, we are rewarded with a beautiful view of this historic Japanese pottery town. The top also has a small building that, after pushing a button, will open its curtains and start talking about the climbing kiln and the history of Nakaoyama.

Within Nakaoyama there are also many chimney stacks. Unlike the climbing kiln, which was used during the Edo Period, the chimney stacks were used much later for coal-fired kilns during the Taisho Period (1912-1926).

The Nakaoyama Community Center is located within the innermost part of Nakaoyama. Here, we are able to see a wide selection of porcelain made from the many great kilns located in this town. There are also some older porcelain pieces that are within this building that is interesting to look at. The pottery around Nakaoyama has been excavated and the unique designs that were used during that time can be seen.

If you are artistic and would like to try your hand at making pottery, this place also has events in which you can learn to make pottery like the pros!

Nakaoyama has two main events held annually. The first is the “Nakaoyama Cherry Blossom Festival”, in which you can see many of the galleries that are open as well as viewing beautiful cherry blossom trees. The other is the “Nakaoyama Autumn Porcelain Festival”. This festival has a great atmosphere and is the perfect time for taking a stroll outside while viewing porcelain.

If you would like to get to know more about Nakaoyama and its history, there are tours available in English. These tours will take you to all of the enjoyable and interesting spots in Nakaoyama. Nakaoyama is also conveniently located 2 minutes from Onigitanada by car. This spot offers a view of one of Japans top 100 rice fields. 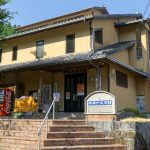 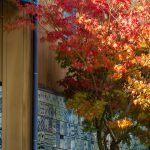 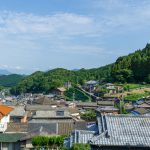 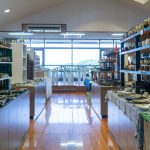 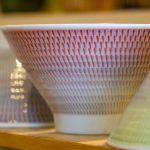 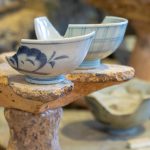 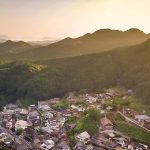 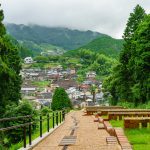